Nannie Kate Means McElroy, 62, of Liberty, Kentucky, passed away on Sunday, March 29, 2020.
She was born in Clark County, Kentucky on November 15, 1957 to the late Orbin and Lola Hale Means.
Survivors include her husband, Donald McElroy; her children, Kenneth McElroy (Phylisha) and Lola Mixon (Robbie); her brothers, Bruce, Hubert, Wendell and Bev Means; her sisters, Vickie Singleton, Bernice Henderson, and Mary Hurt; five grandchildren, and two great grandchildren; as well as a host of other extended family and friends.
In addition to her parents, she was preceded in death by three brothers, Johnny, Roger and Steve Allen Means.
Due to current government restrictions concerning COVID-19, the family has selected private services with burial to follow in the College Hill Cemetery.
The Combs, Parsons & Collins Funeral Home of Richmond was in charge of the arrangements.

Freddie Joe Reeves, Sr., age 72, of Richmond Road in Irvine, Kentucky, passed away Sunday, March 29, 2020, at the University of Kentucky Hospital in Lexington, following a short illness.
He was born June 27, 1947 in Perry County and was the son of the late Carlis and Lelia Price Reeves. He was a retired CSX employee and a member of the Ravenna Church of God. He served in the United States Navy during the Vietnam Conflict and had lived in Estill County most of his life.
Mr. Reeves is survived by his wife, Edna Louise Slone Reeves; one daughter, Michelle Baker (Jack), Ohio; four sons: Michael Slone (Eden), Nicholasville; Freddie Reeves, Jr., Richmond; Kenneth Reeves and James Reeves, both of Estill County; one sister, Faye Spicer, Georgia; five grandchildren and one great grandchild.
He was preceded in death by several brothers and sisters.
Memorial services will be held at a later date.
Warren F. Toler Funeral Home was in charge of arrangements.

Elizabeth Geraldine Noland, age 76, of Wagersville Road in Irvine, Kentucky, passed away Friday, March 27, 2020, at the Marcum & Wallace Memorial Hospital after suffering a heart attack.
She was born November 2, 1943 in Estill County and was the daughter of the late Curtiss and Hannah Ross. She was a retired Marcum & Wallace Memorial Hospital employee and enjoyed oil painting. She had lived in Estill County all her life.
Ms. Noland is survived by one daughter, Jannette McGreal, Estill County; and one grandchild, Courtney McGreal.
She was preceded in death by one daughter, Deborah Noland; and three siblings: Billie Easter, Quinton Ross and Junior Ross.
Memorial services will be held at a later date.
Warren F. Toler Funeral Home was in charge of arrangements.

Everett Arthur, Jr, age 70, of Howell Hollow in Ravenna, Kentucky, passed away Thursday, March 26, 2020, at his home following a long illness.
He was born May 12, 1949 in Estill County and was the son of the late Everett and Myrtle Lee Crowe Arthur. He was a retired mechanic and a member of the Providence Baptist Church.
Mr. Arthur is survived by his wife, Sandra McManus; two step-children: Allison Conner and Adam McManus, both of Madison County; two daughters-in-law: Hannah McManus and Jennifer McManus; six brothers: Fred, Wallace, Cornelius, Earl, Linville and H.M. Arthur, all of Estill County and four grandchildren: Amber Tevis, Megan McManus, Addison Conner and Etta Lynn McManus.
He was preceded in death by two step-sons: Shawn and Jeremy McManus; and three brothers: Fred, Gerald and Frank Arthur.
Private services were conducted Saturday, March 28, 2020. Burial was at the Crowe Cemetery.
Warren F. Toler Funeral Home was in charge of arrangements.

Randall Shumate, age 72, of Rose Ridge in Irvine, Kentucky, passed away Wednesday, March 25, 2020, at the Lee County Nursing Home in Beattyville, following a long illness.
He was born December 13, 1947 in Estill County and was the son of the late Cecil Shumate and Fairry Rose Warner. He was a retired truck driver with Dennis Transportation and a member of the Bethel Christian Church. He had lived in Estill County most of her life.
Mr. Shumate is survived by his son, Randy Shumate (Becky), Estill County; one sister, Alice Faye Houston, Georgetown; one half-brother, Roger Dale Warner, Estill County; two grandchildren: Chris Miller and Robin Brooks; and five great grandchildren: Cameron Miller, Trista Miller, Timothy Miller, Kiley Brooks and Madeline Brooks.
He was preceded in death by his brother, Cecil Roy Shumate.
Private services were conducted.
Burial was in the Richardson Cemetery.
Warren F. Toler Funeral Home was in charge of arrangements.

Madelynn Mae Robertson, infant daughter of Cierra Charay Barnes and Quinton Edward Robertson, was stillborn on Saturday, March 21, 2020 at University of Kentucky Medical Center, Lexington, Kentucky.
In addition to her parents, she is survived by her maternal grandparents, Leslie Wright (Tony) and Rodney Barnes (Melissa) of Clay City; paternal grandparents, Lisa Robertson of Lexington, and the late Robert "Bob" Robertson; maternal great grandparents, Rodney and Ada Mae Barnes, Bob "Birdman" Hicks (Sherry) and Dianna Davis (Rondal) of Clay City and Judy Lewis of Irvine and the late Abraham Lewis; along with two uncles, Wyatt Robertson and Dawson Wright.
Paternal great grandparents were the late Mary Lee and A. J. Robertson and the late Edward H. and Dorothea Morris,
Madelynn was loved and cared for by many family members.
Private graveside services officiated by Bro. Stephen Donithan will be conducted on, Thursday, March 26, 2020 in Kennon Cemetery, Clay City.
Arrangements by Hearne Funeral Home Inc. of Stanton.

Vivian O’Leta Johnson, age 88, of Richmond Road in Irvine, Kentucky, passed away Friday, March 20, 2020, at the Irvine Nursing & Rehabilitation Center following a long illness.
She was born February 16, 1932 in Dayton, Ohio and was the daughter of the late Harold and Ruby Mary Johnson Fogarty. She was a homemaker and attended the Holiness Church. She had lived in Estill County most of her life.
Mrs. Johnson was preceded in death by her husband, Eugene Johnson.
Survivors include two 2 daughters: Ruby Riddell and Helen Hall, both of Irvine; one son, Gene Austin Turner, Irvine; one sister, Roberta Mullins, Irvine; eight grandchildren, several great grandchildren and three great, great grandchildren.
She was preceded in death by two sons: Andy Lee Turner III and Russell Bailey; and two siblings: Ruth Ann Monroe and Jim Fogarty.
Private graveside services were conducted Sunday, March 22, 2020, at the Kirby Cemetery by Bro. Jerry Rose.
Warren F. Toler Funeral Home was in charge of arrangements.

Ica Caldwell Mays, age 94, of Cherokee Court in Irvine, Kentucky, passed away Thursday, March 19, 2020, at her home following a short illness.
She was born January 7, 1926 in Lee County and was the daughter of the late Jesse and Laura Noble Caldwell. She was a retired teacher with the Estill County School System and a member of the South Irvine Baptist Church where she served as a Sunday School teacher. She had lived in Estill County most of her life.
Mrs. Mays was preceded in death by her husband, Herbert Mays.
She is survived by two daughters: Dana M. Brady and Lana M. Horn (Mike), both of Estill County; three sisters: Euvina Allen, Fayette County; Phyllis Lovins and Oneida Bush, both of Ohio; three grandchildren: Leah Michelle Winkle (James), Laura Whitney Mays and James Michael Horn; and two great grandchildren: Abby Lynn Winkle and Emma Kate Winkle.
She was preceded in death by her son, William “Herbie” Mays; and two sisters: Clover Dale Caldwell and Daisy Riley; three brothers: Eugene, L.G. and Albert Caldwell; and two half-brothers: Vincent and Holt Caldwell.
Private funeral services were held Saturday, March 21, by Bro. Donnie Burford and Bro. Rick Prewitt. Burial was at the Caldwell Cemetery.
Pallbearers were Steve Young, James Michael Horn, Doug Caldwell, Jordan Martin, David Henry and James Winkle.
Warren F. Toler Funeral Home was in charge of arrangements.

Rodney James Larson, age 52, of Broadway in Irvine, Kentucky, passed away Wednesday, March 18, 2020, at the Rivers Edge Nursing Facility.
He was born October 29, 1967 in Harrington, Kansas and was the son of the late Kenneth and Sharon Clemonts Larson. He was a former inventory manager with Geoprobes Systems.
Mr. Larson is survived by his wife, Adrienna Lynn Warner Larson; two daughters: Tiffany Delaine Cooper, Ohio; and Sharlynn Angeline Larson, Estill County; one son, Rodney General Larson, Estill County; two grandchildren; several brothers and sisters and step-brothers and step-sisters; and several nieces and nephews.
Memorial services will be held at a later date.
Warren F. Toler Funeral Home is in charge of arrangements.

Colonel Hugh Hampton “Hamp” Wilson, US Army, Ret., of Tallahassee, Florida, died peacefully at his home on Friday, March 6, 2020, after a long and happy life, three days short of his 93rd birthday.
Hamp was the son of the late Hugh and Ruby Wilson of Irvine. He was married to his wife of 71 years, Margaret “Peggy” Wilson, daughter of Hume and Mary Alice Park of Richmond.
Hamp served in the United States Navy during World War II, after which he continued his military service in the United States Army Reserve until he retired as a Colonel. He earned his undergraduate degree from Rollins College in Winter Park, Florida, and his graduate degree from the Florida Institute of Technology (FIT) in Melbourne, Florida, where he served as an adjunct professor.
Hamp was a retired NASA Senior Executive and had spent over 30 years in managing federal contracts. He served tours at the Marshall Space Flight Center in Huntsville, Alabama, the Kennedy Space Center in Florida, and at NASA Headquarters in Washington, DC. During those tours, he served as NASA’s Director of Procurement Policy while at Headquarters, and as Director of Procurement and Contracts in Huntsville. During his final tour at Marshall, he led the team that negotiated the contractual settlement with Morton Thiokol for the shuttle Challenger accident.
At NASA, he received their highest recognition, the Distinguished Service Medal, as well as the Medal for Outstanding Leadership and the Exceptional Service Medal. Subsequent to his retirement from NASA, and after locating to Tallahassee, he served as a business consultant to major aerospace companies and as an advisor to NASA contracting and engineering managers. He received pleasure from the courses that he taught and the consulting work that he did, resulting in many friends throughout the nation.
Hamp was a former member of the Rotary Club in Richmond, and was part-owner of the Army Goods Store there. He was a member of Masonic orders in Kentucky, Alabama, and Florida, and was active escorting children to various Shriners Hospitals. He also served as a member of the Board of Directors of the Challenger Learning Center in Tallahassee and the FIT national alumni association.
Hamp loved his wife Peggy with a passion, and she accompanied him on many of his business and military trips. He was a devoted husband, father, and grandfather, and derived much pleasure from his family. He always considered his marriage to Peggy, and being the father of Lisa and Mark, and the grandfather of Catherine and Luke, as the most important achievements of his life.
In addition to his wife, Peggy, he is survived by his daughter and son-in-law, Lisa and Bill Branch, and their daughter, Catherine, all of Tallahassee; his son and daughter-in-law, Mark Hampton and Debbie Wilson and their son Luke Hampton, all of Lake Park, Georgia; a sister and brother-in-law, Judy and Joe Warren, and several cousins, nieces, and nephews.
He was predeceased by his brothers, Cecil and Jerry Wilson, both of Irvine, as well as his sister-in-law, Bettye Park Hounchell, and brother-in-law Harold Hume Park of Richmond.
A memorial service will be held by the family at a later date. He will be inurned in Tallahassee, Florida.
In lieu of flowers, contributions in his memory may be made to the Shriners Hospitals for Children, or to a charity of your choice. Online condolences may be expressed at www.abbeyflh.com.
Arrangements are by Abbey Funeral Home, Tallahassee, Florida. 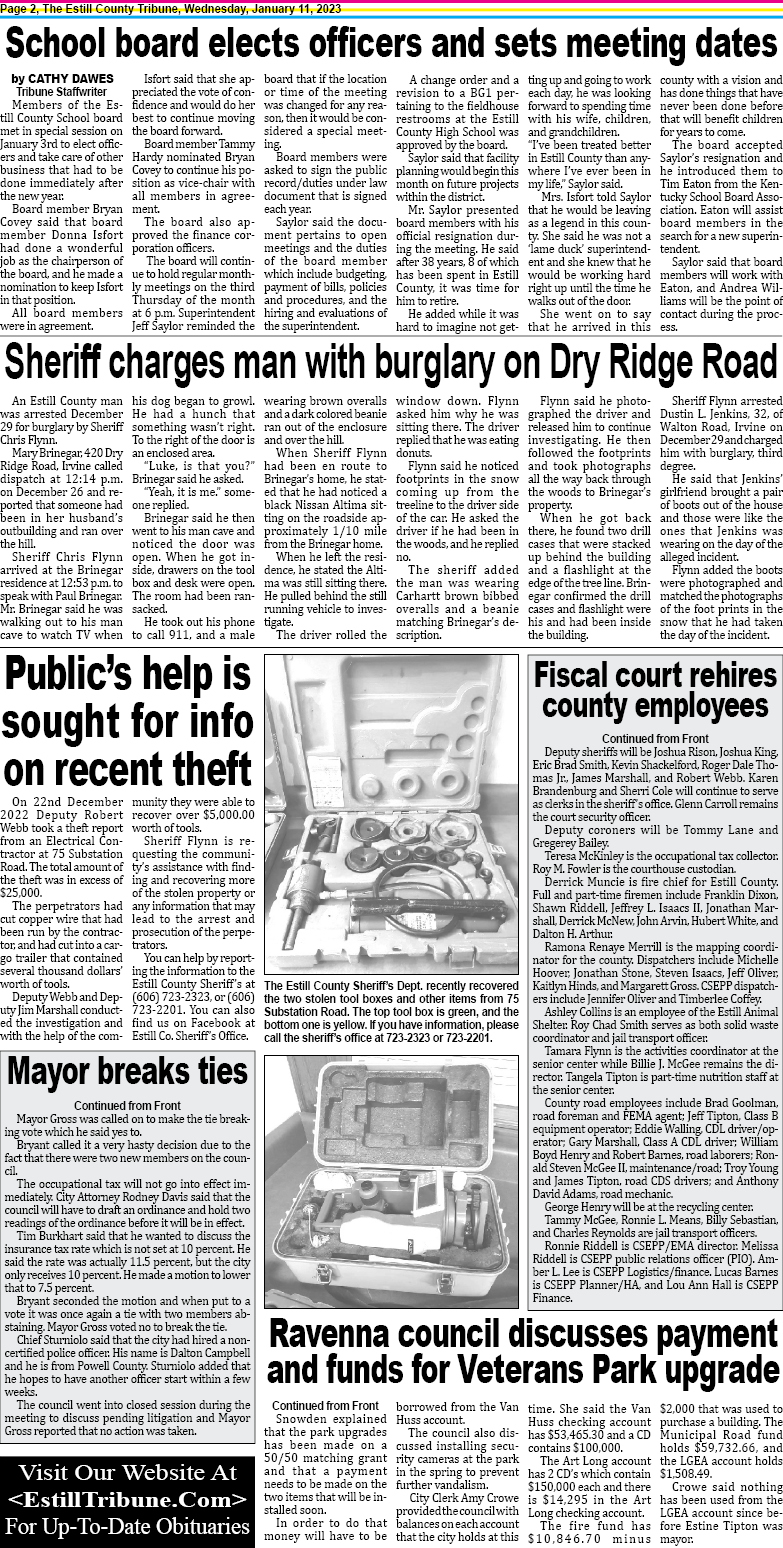